Who is Sergey Petrov - Aradzhioni

Sergey Petrov - Aradzhioni is a Bulgarian political scientist of Ukrainian origin. He was born in. He is a native of Kavarna, although he has never lived there. He spent most of his life in Varna. He defines himself as a conservative man, a Christian, a believer in continuity and evolution rather than revolution. Sergey Petrov uses the surname Aradzhioni, which is characteristic of his maternal line.

The name is unique and dates back to the middle of the 19th century, when a Neapolitan subject named Tommaso Recchioni acquired an estate near the town of Kiev and settled there around 1855-1860. For unexplained reasons, the name is written in Cyrillic as Aradzhioni. No such surname existed up to that time, and practically all who bore this surname are relatives. The genus has some bright representatives, such as heroes of the First and Second World Wars, and Sergey Alekseevich Aradzhioni (Sergey Petrov's grandfather) is the author of a number of English textbooks.

The Aradzhioni family intertwines its line with that of Sikora. Mikola Vikentyevich Sikora (Sergey Petrov's great-great-great grandfather) was mayor of the city of Proskurov (present-day Khmelnitsky), which ruled in troubled times of tri-power, a brewing revolution, pogroms by Ataman Semenko, and a severe economic crisis. 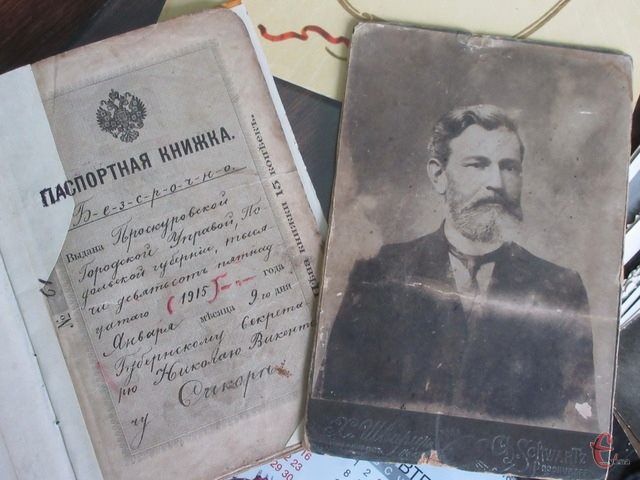 He graduated from the Dr. Ivan Bogorov Professional High School of Economics with a degree in Customs and Tax Administration.

In 2016, an innovative Master's program in Entrepreneurship was announced at Varna Free University, in partnership with the Bulgarian Center for Entrepreneurship, an Interculture company, and the program is of the University of Santa Clara, located in the heart of Silicon Valley.

The educators of the program are names like prof. Ernest J. Wilson III of the University of North Carolina, founder of Third Space Thinking, Michael Marvin, founder of Tech Valley, New York's equivalent of Silicon Valley, Jamie Williams, former Super Bowl star, actor with a role in an Oliver Stone movie, D. in communications, founder of a film company, Larry Beale - one of the most recognized financial experts who advised Steve Jobs and Steve Wozniak, Norman Winarski - creator of the voice assistant SIRI and many more. For his studies in the innovative program, Sergey Petrov received an individual scholarship from Saafir Rabb, former advisor to the President of the United States.

In 2011, Sergey Petrov began studying Political Science at the University of Veliko Tarnovo. In 2011 he studied Political Science at the University of St. Petersburg. He graduated from St. Cyril and Methodius University in Sofia. As a student he participated in several staffs - for local and national elections and referendums. In 2015, Sergey Petrov continued his studies, obtaining a Master's degree in International Politics and Security with honors. The topic of the thesis is "Islamic fundamentalism in global society". He is the author of several scientific and a number of journalistic articles in the field of political science.

Sergey Petrov has worked on various staffs for national, local and European elections, as well as referendums. He then worked for a leading international travel agency for four years.

In 2017, he joined the team of Sergei Petrov. Varna was awarded the title of European Youth Capital, which led Sergey Petrov to criticize the way the program was run, after which he was invited to join the team and joined as Youth Policy Exprt. A little later, the Youth Policies and International Communication department was formed within the organisation, headed by Sergey Petrov.

Sergey Petrov in 2018 became part of the Bulgarian Business Forums team, taking an organizational role in the organization of the spectacular Innowave Summit event - the largest technology and entrepreneurship event in the whole of Southeast Europe. The event is attended by European Commissioner Maria Gabriel, as well as executives from top companies such as Facebook, Alibaba, Amazon, Google, Microsoft, Mozilla and many others.

In 2019, Sergey Petrov was elected Executive Director of Varna - European Youth Capital Association. He coordinates several international projects related to the development of methodologies for successful implementation of innovative tools in the field of youth policies at local level. Sergey Petrov is a representative of the city of Sofia. On 26 January he was elected as a board member of the organisation, together with the representatives of Cluj-Napoca, Thessaloniki, Braga, Maribor, Klaipeda and Novi Sad. 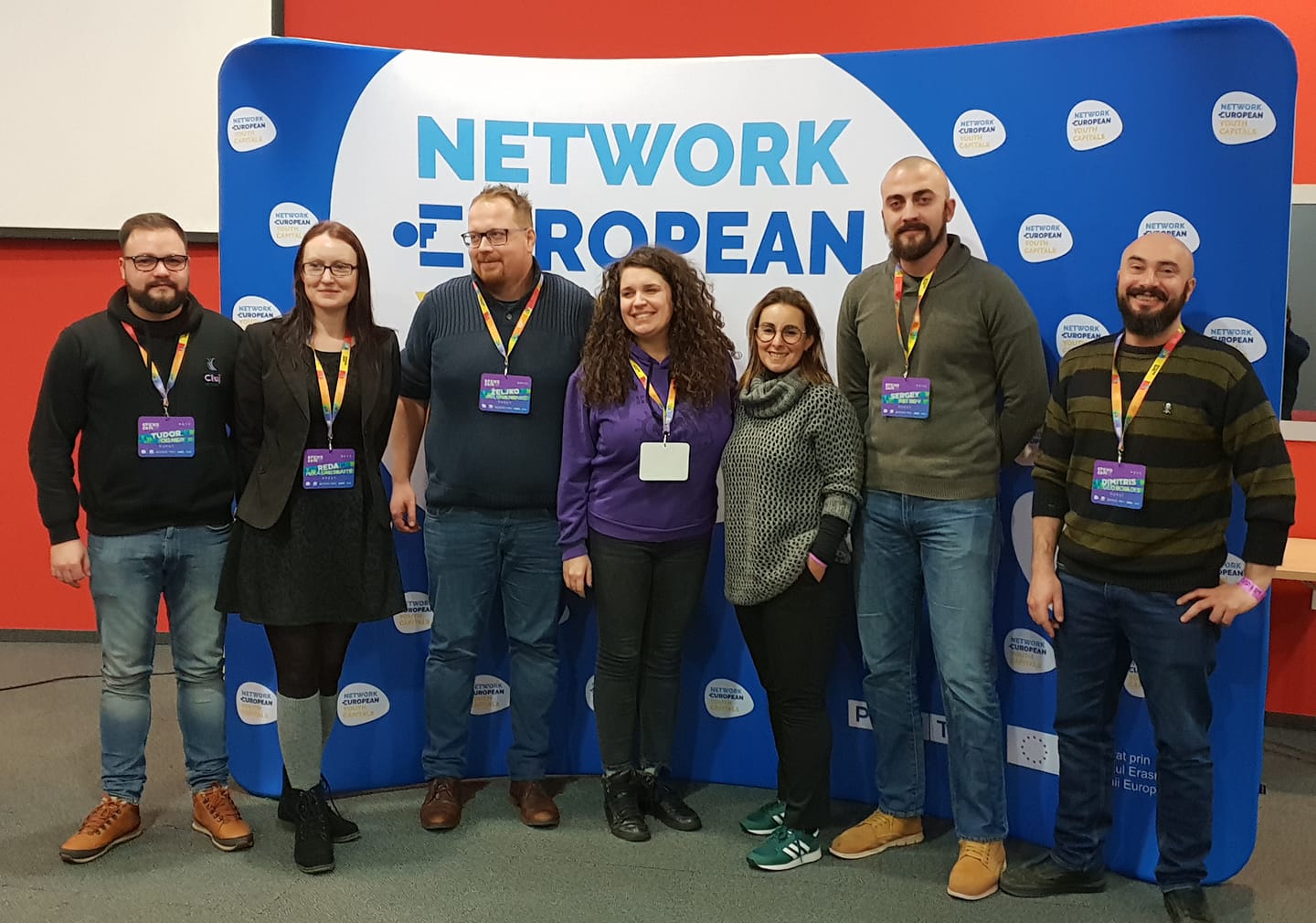 Back in 2010, Sergey Petrov joined the organizing team of the protests against the then mayor of Varna - Kiril Yordanov. In the beginning, the protests erupted because of the resentment of the citizens of Varna against the inaction of the local government regarding the deplorable state of the road infrastructure, and then they grew into a general resentment against the inaction on any pressing issues for the city.
In 2014, he initiated an initiative against the then President of Ukraine Viktor Yanukovych, immediately after special forces without markers shot dead a hundred protesters on the Maidan in Kiev. Then, with a group of activists, Sergey "hanged" an effigy of Yanukovych in front of the Ukrainian embassy in Varna. Immediately after the action he was summoned to the police for explanations, including being questioned about whether he was preparing terrorist attacks against the embassy building. Sergey Petrov was released after signing a protocol under Article 56 of the Ministry of Internal Affairs Act, which warned the person of the liability provided for in the law for violation of public order or for the relevant offence.

On 13.10.2018, Sergey Petrov organised and hosted a round table "Europe, what next?", which aimed to show the conservative point of view on the future of Europe. The initiative is attended by Peter Nikolov-Zikov - political scientist and author, Martin Tabakov - political scientist, Angel Dzhambazki - MEP from the ECR group, Christian Szhkvarek - chairman of the Youth Conservative Club and others. The event was broadcast on TV. The moderator of the conversation was Georgi Harizanov.

In the same year the Association "Talyana" was founded, whose aim is to preserve the cultural and historical heritage in the heart of the town. Varna, between ul. Preslav and ul. Simeon - the old centre of the town. The initiative has succeeded to a large extent in bringing this area of the city back to life. Sergey Petrov took over the chairmanship of the Association and in 2020 he was elected vice-chairman.

On June 8, 2019, the TedXTalayna conference takes place, where Sergey Petrov is a speaker on the topic "Traditions and our attitude towards them". ""I chose to speak about traditions and modern man's attitude towards them. I quite categorically reject the thesis that we "create". We are being convinced of this around the clock. My philosophy is that of an evolving person. Not of a creator. We can only create tools that optimize already existing phenomena." And more: 'Loving your city without knowing it is like falling in love with a beauty, spending your whole life with her, but not getting to know her'."

Sergey Petrov is the main initiator and organizer of the "Academy for Civic Education" in the city. He is the main organizer of the project, which he realized with the support of Assoc. Dr. Kaloyan Smilkov - political anthropologist. The aim of the academy is to create future young leaders. During the 4 editions, more than 100 young people from Varna and the region have passed through the training. As guest lecturers have included public figures, politicians at local, national and European level, academics, influencers, etc.

In January 2021, Sergey Petrov participated as a panelist in the "Europe's Future is Conservative" conference, organized by the European Conservatives and Reformists group, which included MEPs from across Europe, as well as Prof. He also participated in a panel discussion with Prof. Ryszard Legutko.

Apart from his interests in political science, Sergey Petrov is a fan of the local football club Spartak Varna, one of Bulgaria's iconic teams, founded in 1918, which has fallen on hard times in recent decades but continues to exist thanks to the efforts of its supporters. In 2020, Sergey Petrov was elected to the club's leadership, in his role as a representative of the fans. A little later, the businessman Assen Milanov joined the club, who managed to contribute to the financial stability of the club and the team won promotion to professional football - in the Second League. Shortly before the start of the 2021-2022 season another sponsor was announced - Pavlin Nikolov, owner of Intercom Group.

As a political analyst, Sergey Petrov regularly contributes in national TV stations. He is the author of publications that appear in various media - 24 hours, Labor, Topnovini, Does.bg, Dir.bg, Novini.bg, local NovaVarna and BudnaVarna, platforms Conservator and War and Peace, etc. He also participated in several editions of Business Daily on TV. Europe with presenter Dimitar Vuchev, as well as in the online program Counter Commentary with presenter Assen Genov. After the war in Ukraine in 2022 Sergey is often invited by different national TVs and media He is the author of several scientific publications presenting the philosophical aspects of the challenges to the concepts of "security" and "freedom". Sergey Petrov - Ardzhioni participates in a number of seminars, conferences, trainings, round tables and public discussions. He has been a panelist in a number of international conferences related to youth policies.